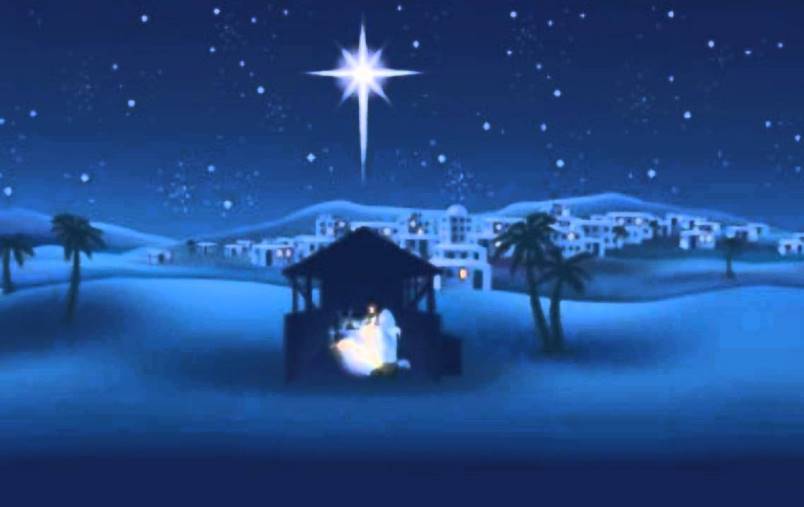 Today, the Christians world over celebrate a mother and the Son to whom she has given birth. This unique baby is the messiah, Jesus Christ in whom God has come to dwell among us. Through him all darkness that had previously threatened to overwhelm humankind is now on notice.  Light has come to birth, the strong hold of night has been broken.

In earlier times messengers of the good news were held with high esteem to the extent of crowning them heroes as it is portrayed in today’s first reading. What we are reading here is part of a longer enthronement hymn in honor of such messenger that predicted return to normalcy the devastated city of Jerusalem. The text envisages the joy and hope of the people on hearing of their release from exile and their imminent homecoming. Written in the sixth century B.C. by a prophet Isaiah, these verses give us a glimpse of the ‘phoenix quality’ of Israel’s hope, a quality she owed entirely to God’s sustaining love and provident care.

During decades of exile, Israel’s beloved capital city of Jerusalem remained in its demolished condition. The visible ruins continuously witnessed the political and military might of its Babylonian conquerors. For generations, Israelites had been degraded and displaced to a strange land where they had no rights of ownership, freedom to pray and worship as was their custom. It was during such time that a liberating moment arrived into the horizon. As mediator between people and God’s word, prophet Isaiah helped to interpret all the good and bad that had happened to them. He insisted that all was for the sake of salvation and justice. What God had said to his people in word and writings enabled them to know him as redeemer and saviour. We are invited to read well the signs of the time today and act accordingly.

The letter to Hebrews articulated the differences between the revelation of the old and new covenants in an image of Christ’s divinity and equality with God. In the first instance the text speaks of superior revelation which God has spoken in Jesus Christ. Unlike the piecemeal and fragmentary revelation of the Old Testament which had to be interpreted by the prophets, the revelation in Jesus is whole and entire, living and absolute. Christ is God’s last word to the world; revelation in him is final and homogeneous. The word of God in Jesus is “living and active” Hebrews 4:12. This Word is ever new and in the process of communicating the love and care of God. His becoming flesh is the basis for our celebration today.

Besides asserting Christ’s superiority to the prophets, Hebrews also underscores His predominance over the angels. As reflection/apaugasma of the Father and as the exact character/eikon of the Father’s being, Christ is placed on a par with wisdom cf. Wisdom 7:26. This equating places Jesus on a level which is above the angelic hosts that have been present at creation and who were granted by God a role in its government. In the Old Testament these angelic beings are called sons and logos of God, meaning WORD. It is with these prevalent notions that the letter to Hebrews is resolute to establishing Christ’s transcendence and divinity. In our times we know of angels as mediators and messengers between God and humankind, but Christ is superior to angels and occupies unequalled position. This is the reason why blessings accrue for all those who call Jesus lord. This grace which is achieved through baptism grants hope for everlasting life. Blessed are those to whom God continues to speak through Jesus the Word made flesh.

The Gospel put us in touch with the special narrative of Jesus’ human and divine origins. Born of Mary and under Joseph’s care, Jesus is son of David, Abraham and God. He is Emmanuel, God-with-us. He is the Word who was from the beginning in God’s presence and the Word who is God. By virtue of his dwelling among us we are privileged to see God’s glory and filled with enduring love. This Word is a commitment and an enterprise through which God embraces ages thus becoming an incarnation. In the speaking into flesh of his word, in the person and event of Jesus Christ, God has committed himself to humankind and to the world in an eternal embrace.

This Gospel serves a dual function: First, it provides for the Incarnate Word an eternal background by proclaiming as false the theories against Jesus’ divinity that were prevalent by that time, secondly it introduces in summary the major themes about the message and person of Jesus. The phrase “In the beginning” John 1:1 which is a deliberate reference to Genesis 1:1 is that creative word speaking again but no longer as creator to created but where the new creation has become a part of creation itself. This Word continues to speak within human history and especially through Israel cf. John 1:11. Those who hear the Word and truly listen to him become sons and daughters of God. When we read that ‘the word became flesh and made his dwelling among us’, we draw together all the Old Testament references to God’s presence with his people, in the cloud, in fire and by his law cf. Exodus 33:18. In former times God was so close, yet separate; God lived with his people but was not one of them.

With Christmas God could no longer tolerate this separation, he opted to come and stay.  This God is Jesus who had a lot to learn about his new relatives. He felt deeply the pain that was theirs; he was stung by their hostility and hurt by their misunderstanding. He was annoyed by the Pharisees, angered by their hypocrisy. Once in a while Jesus laughed; sometimes he was driven to tears. He even had to ask his closest friend Peter if he really loved him three times. In his early appearance, the Son of God had no room in the guest house and even wondered if his Father had forgotten that he had sent him on earth. The Gospel summarizes his earthly life this way: Jesus came into the world he had made and the world treated him as a stranger; he came to his own and they rejected him. All the same, the Good News of Christmas is that ‘his love has become our love’, his life has become our life. Indeed God became human so that humanity could become divine. We seem to have come a long way from a baby in a manger to a Jesus trying to tell us something that God has accepted to become human. By his birth he tells us that life is good; by choosing to live in our world he tells us that our world is good; by becoming one of us he tells us that we are good.

For us who celebrate Jesus the word of God as the source of life, light and truth; today we ought to renew our faith and commitment to the challenge that word places among us. Let us remember that because of the incarnation we do not encounter a concept, an ideology or a philosophy but a living and loving person who is Jesus Christ our Lord. Today we need to cast out our fear to believe in him even if it is very hard to be fearless today. Christmas reveals the fact that God loves us and we have to believe and love him in return. We find it too incredible that God could possibly love someone like us. We say: ‘How could you love the likes of me?’ God answers: ‘because I am God.’ When we insist that we are not worthy of his love; he responds that ‘nobody is, and that is the whole point of love.’  Even when we are still sinners God is saying ‘Shut up and just let me love you.’

Christmas is the perfect time for love, a great time to be loved, a likely time to feel loved. The mood is friendly, spirits are welcoming, God is most vulnerable but most lovable in the form of a baby. You may never get a better chance to feel God’s love, don’t be afraid. Just take the opportunity of this Christmas to convert and believe that this mystery of incarnation. Merry Christmas and Happy New Year